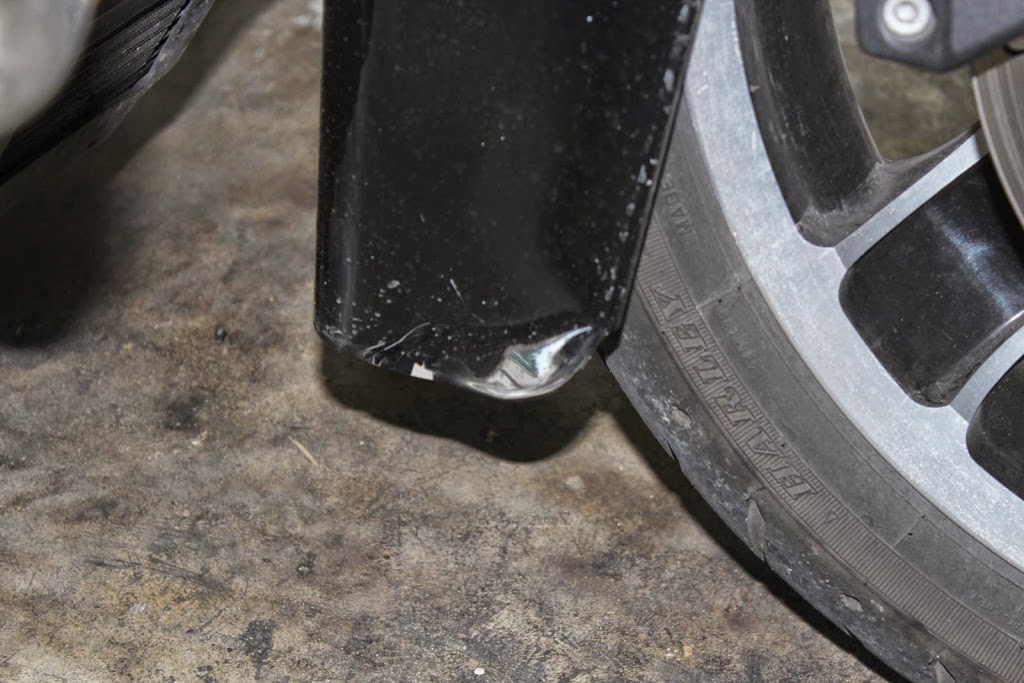 Sometime during the previous 2 weeks my fender was damaged on the Street Glide. We have gone to Granbury to eat dinner once and to a bike event which was very busy. I don’t know when it occurred but I noticed the damage when I was putting new polyurethane handlebar riser bushings on Margaret’s bike when a socket rolled against my front tire. 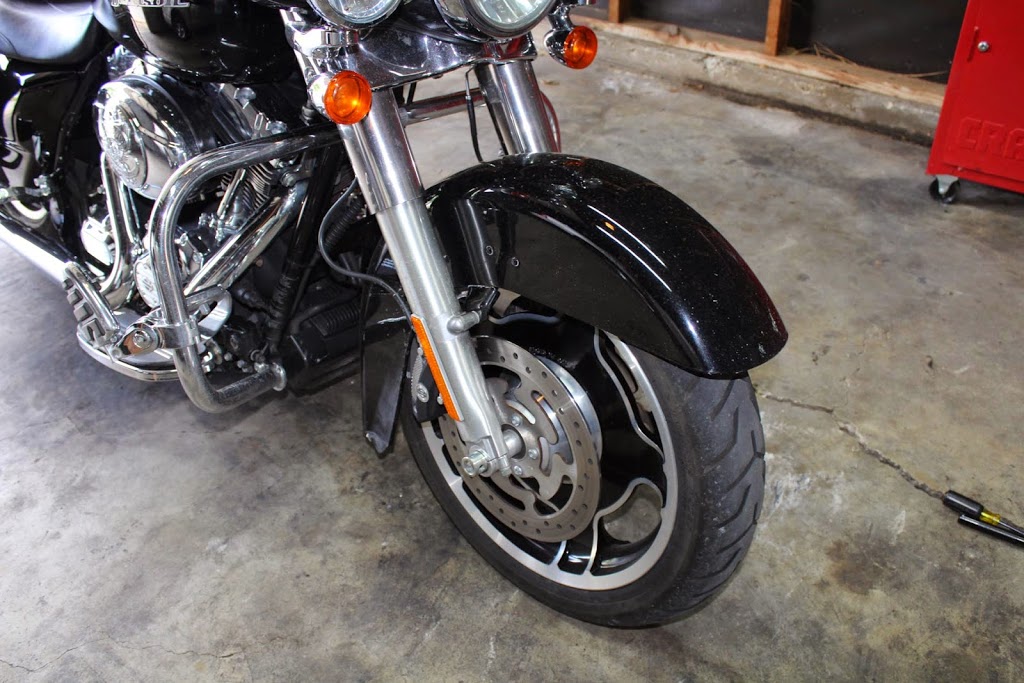 It’s frustrating but bound to happen, especially when you ride a lot. The problem with the damage on my front fender is that a new fender is about $500 painted and depending on your insurance deductible it might not even make sense to file a claim on it. 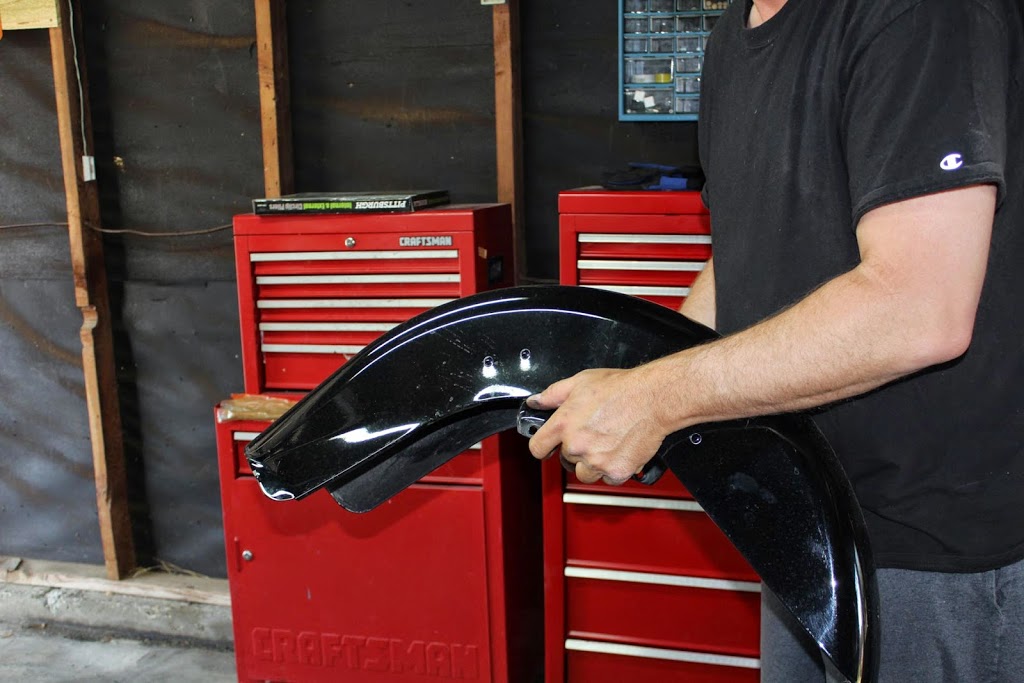 We decided to make a video of how to remove the fender. This could be useful down the road for someone who needs to remove theirs due to damage or if your doing a fork removal and rebuilt you will have to remove the fender for that as well.
How to Remove the Front Fender on a 2012 Harley Street Glide
Comments are closed.